Kazuo Ishiguro: Do you know the Nobel Prize Winner? 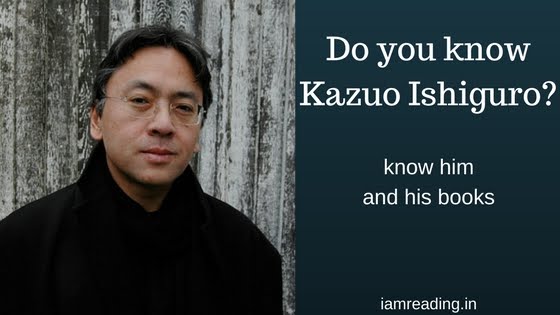 With Kazuo Ishiguro winning the prestigious Nobel Prize for Literature in 2017, a new question has hit the literary world. How many of us have read him before this? Or, if I am more precise, how many of us, in fact, knew him before this prize? The answer, I must expect, should be 20% for yes and 80% for no. Or maybe, 70% for no and 10% for who cares! Well, today, I will serve those who did not know Kazuo Ishiguro. I would tell something about him to brush your mind and also mention a few of his published books so that, if you want, you can buy those.

Kazuo Ishiguro is a British novelist who was born in Japan and settled in England. Born in 1954, Ishiguro started writing at an early age and his first novel A Pale View of Hills came out in 1982. Some of the popular works by him are The Remains of the Day and Never Let Me Go. Kazuo has also won the prestigious Man Booker Award in 1989 for his book The Remains of the Day.

The style in which Kazuo Ishiguro writes his novels can be termed as serious literary fiction with the simplest of human actions and a little stuffed emotions which will take you to an altogether new dimension of reading pleasure which you can never achieve with the modern fiction these days!

If you want to understand his realm of writing, I would suggest you go on with his novel Never Let Me Go and also read his work The Remains of the Day. These two works will perfectly let you know what kind of a writer he is. The links to the books are below:

In his personal life, Kazuo is a simple person. He is married to Lorna MacDougall and they married in 1986. They have a daughter named Naomi and they live in London.