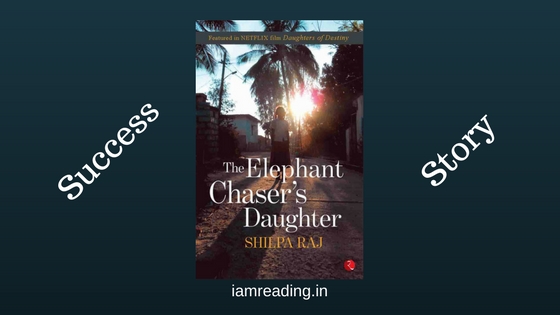 The debut book author Shilpa Raj from Bangalore, The Elephant Chaser's Daughter has been very successful in spreading the message which was intended by the author. Shilpa Raj, the girl who featured as one of the lead characters in the Netflix Series Daughter of Destiny, belongs to a poor family which belongs to the 'lower section' of Indian society according to the old system of social justification which is nothing but a farce in this modern age. Her book The Elephant Chaser's Daughter was launched formally on 28th of July and since then, it has been in the buzz-centre. The book has been read and praised by many readers and book critics across the nation as well as abroad too, after the launch in the USA and other countries. The success that Shilpa's book has achieved shows that readers are interested not only in reading fiction but also the real life-stories which tell them the reality of the day.

Written in the form of a memoir, this book is a chronicle of Shilpa Raj's journey from her childhood to the present day when she has become educated and able to understand and observe things. Shilpa's education, her dilemmas, her family history, her escape from a near child marriage and many other events of her life are mentioned in detail in the book which has been liked by the readers.

The success of Shilpa Raj's The Elephant Chaser's Daughter has fueled the passion of the newcomer in the field of writing and she is getting ready for more challenges in the coming days. Her debut book has been praised for the vision, the narrative, the storytelling techniques and also the realism which shows a mirror to the society. The Elephant Chaser's Daughter raises several question marks on the status quo that our society has been maintaining since long. We still discriminate on the basis of caste and this is horrific. The boldness of the book with a maturity in handling that courage is remarkable and that's why even the serious readers have shown their approval of the book!

The Elephant Chaser's Daughter on Amazon

If you want to know more about the author Shilpa Raj, you can explore her official website: http://shilpa-raj.com/