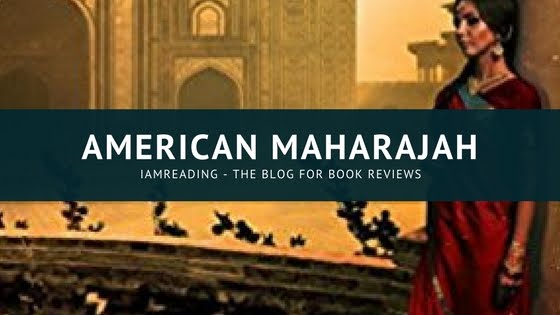 American Maharajah is a novel written by the US-based author Mark Stephen Levy. As you can clearly comprehend from the very title, the book is surely a blend of the east and the west, not in the terms which we could say, is philosophical. However, the connection between India and the USA has been weaved very wonderfully and appropriately in the terms of fiction that it keeps the readers attached to the story. Mark has written this novel to portray the life of a man, named Ravi Shankar, who has been raised in the USA and he thinks (as he has been told) that he was born in the USA as well. However, the roots of the secret are deeper in the land which spreads out to a village in the deserts of Rajasthan - Bharthambhor.

The novel is written in a simple language, which is, to be sure, comprehensive and lucid at the same time. It clearly conveys what needs to be conveyed to the readers while hiding the secrets which needs to remain hidden from the readers. Ravi Shankar leaves for Indian trip on his birthday and he is surprised to visit India for the first time - it is unusually attractive for him. Moreover, he needs to hold his heart's pieces together because just before coming to India, his girlfriend has left him heartbroken!

His experiences in India will be interesting to read for the readers because they are various and of different breadth and length. Nevertheless, the most astonishing thing that happens to him is his meeting with strange people in a palace - an old man and a lady. Ravi's amazement is taken to a further level when he hears the old man referring to him as his son, the dead son, in fact - Amar. And so is the story with the lady, Aishani, who can speak English very well - she also calls Ravi with the name Amar and he understands that Amar was supposed to be her husband someday in future.

Ravi's mind reaches to a different state when he finds that the photograph of Amar also matches him - everything is same. With many questions, he has to leave for home in the USA because of a call that he makes to his mother. However, he returns with a very heavy heart, back to India, after he discovers the strange truths about his birth and upbringing from his parents. Does he have a real connection with the Maharajah of Bharathambhor - the old man who calls Ravi his son? Or everything is just a matter of coincidence?

Mark has done a commendable job in his second novel, American Maharajah. The readers will have a clean fiction before them to read and enjoy. The plot seems mature enough to hold the reader's attention. Though there is certainly a suspense build-up in the novel, it might not match the level of anticipation that every reader of this book might have - is Ravi really the reincarnation of the dead Amar? Or is everything just a fiction and a coincidence? This is the question which is answered by the author but that answer might be taken differently by different readers. However, to me, it was almost sufficient and I liked the way it unfolds.

A simple read it is and it won't be taking more than 2 days even for the slowest readers to read the novel - courtesy of the reader-friendly language and the encouraging narrative of the novel. Readers, American Maharajah is a worth reading novel and it will surely entertain you. Go for it for once and you can offer it to your friend. Keep sharing what you read - happy reading!

review by Amitesh for #IamReading