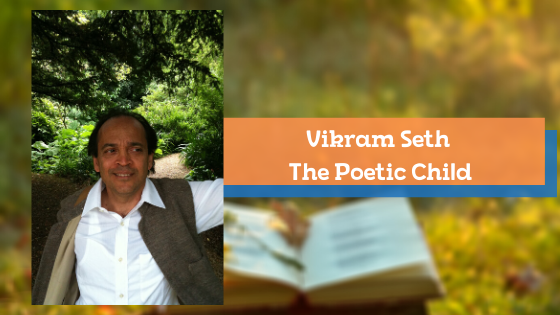 Vikram Seth is a well-known poet but known more as a children poet rather than a poet of all seasons and all age-groups. It is not a crime to be known as a poet of children. Writing something that can keep the children engaged is a challenging task and Seth is performing to the gallery of his audience rather well. We need to appreciate that. Be it his poem like The Frog and the Nightingale or any other poem, Seth has been at his vocal best in these works. However, today we will talk about a comprehensive collection of his poems – Collected Poems.

In his book, The Collected Poems by Vikram Seth, Seth has included many poems and many of them are well known to his regular readers and admirers. However, when you go through the poems collectively, one by one, in some sequence or just randomly, you come to know that Seth as a poet and Seth as a novelist in verse or otherwise and Seth as a poet of a single poem are all different personalities. You cannot bring them together and stitch a piece called Vikram Seth the poet! This is so because the collective impact of his poetry is not as glittering as his poems in isolation possesses. His poems in isolation gives out an idea that more poems by the poet may create a rising sequence, hammer after hammer of perfection and the iron of poetic strength might be forged into some shiny sword that can cut the monotony of poetic shallowness.

However, reading the poems included in collected poems by Seth, one cannot be in imagination for any longer. His poems are rather personal, too emotional and do not have enough substantial issues to keep the readers indulged and actively involved. Though there are flashes of brilliance but there is a lack of uniform acceleration so that the poems can create a compulsive impact upon the readers. Have you read the collection already? Or, being honest, did you even know someone like Vikram Seth exist?

On one front, that is being a poet famous for his poems in the textbooks and schoolbooks for children, Seth is someone who can have his impact felt and realised by kids of young age. He can deliver a sensitive and serious message through his poetry in very simple way. This is a quality that makes him a people's poet of early ages children. Almost 50% of the kids studying in CBSE or English medium schools, mostly run by Christian organisations, must know Vikram Seth and they can, some of them at least, even recite a few lines of his poems.

Well, to conclude, the collected poems will shatter some ideas and will give rise to some of them. However, to conclude Seth as a poet, I can put it forth that he does not strive to be the perfect one; he just tries to be the one with whatever poetic strength he has.
#Book_Reviews #Literature English Literature Indian Literature Poetry