Chetan Bhagat and the dose of Boredom! 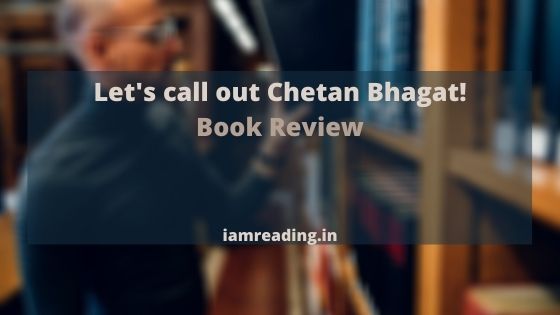 Do you know Chetan Bhagat? You must be knowing and that is why you are here? Isn't it natural? However, from a neutral person's perspectives, Chetan Bhagat is that someone who holds an importance against his name. Indian reader and a reader sitting in one of the many different corners in the world must know him for his works. However, for Indian readers, Chetan Bhagat has become more than just a writer – he has become inspiration for many readers. In India, we have to accept, a revolution in the publishing and writing industry could only be possible because Chetan Bhagat published his semi or lesser than average works in the early 2000s. Am I wrong?

The works by Chetan Bhagat are mostly boring because they offer almost nothing other than a little romantic nudges to people here and there and something of suspense and many things or boredom (from here the title of this article is taken). Yes, the very first piece of writing by this Bhagat was a little better than his oeuvre if I am being honest. Otherwise, anything that Chetan produces in the name of a novel is too predictable and too little to guess and too much to speculate.

His latest novel was about some girl if I am not missing any of his works. That novel was also too predictable because readers have been inside of Chetan's world too many times and he has been cornered to be able to write only for juvenile readers now – fiction for young adult readers. However, this might have otherwise impacts as well; the novels by Chetan Bhagat are mostly steamy in terms of having sexually explicit content as we all have seen in his One Indian Girl – everything down below in details! What a fall for a person who thought he could reach the youths with his valid content and he had to come down, literally and figuratively as well.

Chetan Bhagat might not be the ideal person to be read and enjoyed by serious readers. He may never be or simply, he did not ever want to be an ideal writer either. He just wanted to be a moving object so that he can make many readers and much wealth, eventually. He did the same and that is why anyone would like to be a bestseller like him but not an author like him! What do you think guys?

At the end, we have to agree that his novels have become boring just after his work One Night at The Call Centre came out. He forgot to write sensible works and he titled, gradually, towards nudity and sexual content in his work. Because we are in India, he cannot be E L James. So, he decided: "Let's be a Chetan Bhagat", the euphemised E L James – Swadeshi Mastram!